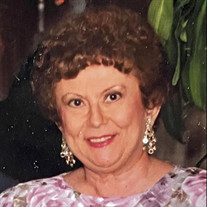 Carol A. Sprimont, age 86, of St. Anne passed away Sunday, October 31, 2021 at AMITA St. Mary’s Hospital in Kankakee. She was born June 6, 1935 in Kankakee, the daughter of Francis “Buck” & Margaret (Timoney) O’Connor. Carol married James G. Sprimont on June 20, 1959 at St. Teresa Catholic Church in Kankakee. Carol was a 1953 graduate of St. Patrick High School in Kankakee. In high school, she was a Lifeguard and swimming instructor. She was awarded a scholarship and graduated as a Registered Nurse from St. Mary’s School of Nursing in 1957. Carol had also been granted an Art Scholarship from Allerton Park, University of Illinois, but instead pursued her nursing degree. Carol was an active parishioner of St. Teresa Catholic Church and was a member of the CCW. She volunteered as a school nurse one day a week from 1969-1977. Carol was a volunteer member of the Red Cross Disaster Team, which was activated for the 1958 Kankakee flood, a former member of the Junior Woman’s Club, Woman’s Club, Kankakee Book Club, and Quadrille Club. She also served on the Heart Fund. Carol was an accomplished artist in watercolors and oils. Carol was a voracious reader and enjoyed painting, swimming, fishing, traveling and played on Swannels women’s adult softball team. Surviving are her husband, James G. Sprimont of St. Anne; two sons and one daughter-in-law, James “Jay” & Connie Sprimont of Dubuque, IA and Jon Sprimont of St. Anne; one daughter, Jill Sprimont of Puerto Penasco Sonora, Mexico; nine grandchildren, Dino Maglaris, Brennan Sprimont, Noah Sprimont, Hailee Sprimont, Connor Sprimont, Zoe Sprimont, Keely Sprimont, Austin Tiesenga, and Hannah Tiesenga; four great-grandchildren, Haiven, Ryatt, Gauge, and Coulson; one sister, Mary Margaret Kelch of Bourbonnais; one sister-in-law, Maureen O’Connor of Bourbonnais; and several nieces and nephews. Carol was preceded in death by her parents; one brother, Thomas L. O’Connor; and two brothers-in-law, Dick Kelch and Bob Sprimont. Visitation will be held from 4-7 p.m. on Friday, November 5, 2021 at Clancy-Gernon Funeral Home in Bourbonnais. A funeral Mass will be held at 10 a.m. on Saturday, November 6, 2021 at St. Rose Chapel. Entombment will follow at All Saints Mausoleum in Bourbonnais. Memorials may be made to Alzheimer’s Association.

The family of Carol A. Sprimont created this Life Tributes page to make it easy to share your memories.