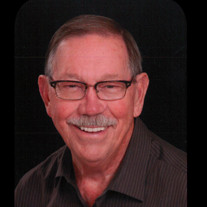 Charles Edward “Ed” Manis, age 89, of Kankakee, passed away Tuesday, June 22, 2021 at Citadel of Kankakee. He was born September 17, 1931 in Maryville, TN, the son of Otha & Marie Gideon Manis. Ed married Florence Susannah Reed on February 13, 1954 at Asbury United Methodist Church in Kankakee. She preceded him in death on May 9, 2021. Ed was a veteran of the U.S. Army having served from 1950-1952 in the Korean War. He worked at A.O. Smith for 34 years. After retirement, Ed worked for VanVoorst Lumber part-time for 15 years. He was a baseball coach for over 10 years for the Limestone Little League and was an assistant coach for the Azzarelli Colts Football League for several years. He was an avid Chicago Cubs fan and liked to watch all other sports. He enjoyed fishing, gardening, snowmobiling, playing cards, camping, cooking, and country music. Ed was a member of the Asbury United Methodist Church. Starting in April of 1981, he and his wife, Sue served several years as Sunday School teachers for 1st and 2nd grade and 3-year olds. Charles donated over 7 gallons of blood to the American Red Cross Blood Bank. Surviving are two sons and one daughter-in-law, Randy Manis of Kankakee and Rick & Mary Manis of Maricopa, AZ; one daughter and one son-in-law, Becki & David Gossage of Kankakee; five grandchildren, Grant Brandenburg (Laura), Eric Manis (Jennifer) Manis, Kyle Manis, Stephanie Manis (Tom), and Ryan Manis (Katie); five great-grandchildren, Grayson Brandenburg, Sutton Brandenburg, Fiona Hastings, Liam Hastings, and Aliyah Manis; one brother-in-law, Horace Long of Maryville, TN; one nephew, Donnie Long of Maryville, TN; and one great-nephew, David Long of Maryville, TN. In addition to his wife, Ed is preceded in death by his parents; one sister, Peggy Long; and one nephew, Jeffery Long. Cremation rites have been accorded. A private graveside service will be held for Ed & Sue for immediate family only. Memorials may be made to Asbury United Methodist Church or Uplifted Care.

The family of Charles "Ed" Manis created this Life Tributes page to make it easy to share your memories.