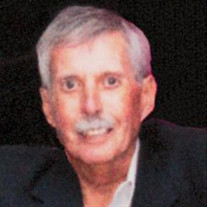 Dale Renville, age 70, of Bourbonnais, passed away Sunday, May 30, 2021 at his home. He was born July 11, 1950 in Kankakee, the son of Nicholas & Rita Harms Renville. Dale married Sue Podzamsky on November 24, 1973 in Riverside. He was the retired vice president of Board Machine Company. Dale was a graduate of Westview High School and Northern Illinois University. He was an avid Chicago Cubs fan and also followed the Chicago Bears. He enjoyed golfing and fishing at the Fireside Lodge in Canada. Surviving are his wife, Sue Renville of Bourbonnais; two daughters, Krista & Kendall True of Hendersonville, TN and Kelly & Thane Alvey of Plainfield; two grandchildren, Brenna and Teagan; two step-grandchildren, Riley and Vanessa; one sister, Donnita & Larry Trout of Bourbonnais; one brother and two sisters-in-law, Wayne & Teena Renville of West Chester, OH and Roberta Renville of Bourbonnais; father-in-law and mother-in-law, Steve & Beverly Podzamsky of Plainfield; brothers-in-law and sisters-in-law, Dennis & Diane McGee of Westmont and Alan & Audrey Brandys of Sioux Lookout, Ontario, Canada; and many nieces and nephews. Dale is preceded in death by his parents and one brother, Ron Renville. Visitation will be held from 4:00 p.m. until the 7:00 p.m. funeral service on Wednesday, June 2, 2021 at Clancy-Gernon Funeral Home in Bourbonnais. Please wear a facemask and practice social distancing guidelines if you have not been vaccinated. Cremation rites will be accorded following the services. In lieu of flowers, memorials may be made to Chicago Cubs Charities or his grandchildren’s education.

The family of Dale Renville created this Life Tributes page to make it easy to share your memories.

Dale Renville, age 70, of Bourbonnais, passed away Sunday, May...