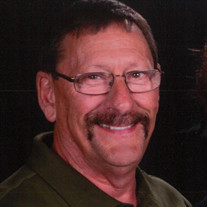 David R. Boudreau, age 73, of Kankakee, passed away Monday, August 16, 2021 in Kankakee. He was born April 27, 1948 in Kankakee, the son of Kenneth Raymond & Dorothy June Merino Boudreau. David married Linda J. “Jeanie” Rettig on June 19, 1971 in Berryton, KS. She preceded him in death on June 25, 2016. He was a graduate of St. Anne High School. David was an employee of Armstrong World Industries, retiring after many years of service. From the age of 12, he was active in radio control planes. He was a member of the Kankakee Valley Model Flyers, Dumb-thumbs, and the Joliet Radio Control Club. Most of all, he enjoyed spending time with his children and grandchildren. David was a veteran of the U.S. Airforce, having served during Vietnam. He was also stationed at Forbes Airforce Base in Topeka, KS, where he met his wife, Jeanie. He was a member of River Valley Christian Fellowship. Surviving are two daughters, Becky & Marty Conroy of Bourbonnais and Stephanie & Scott Payne of Bourbonnais; his mother, Dorothy Boudreau of Kankakee; five grandchildren, Carter Conroy, Trevor Conroy, Logan Conroy, Jamie Payne, and Jesse Payne; and one brother, Charles & Caroline Boudreau of Gilbert, AZ. In addition to his wife, David is preceded in death by his father and one brother, Kenneth Boudreau. Visitation will be held 2:00 p.m. – 6:00 p.m. on Sunday, August 22, 2021 at Clancy-Gernon Funeral Home in Bourbonnais. Visitation will also be held from 10:00 a.m. until the 11:00 a.m. funeral service on Monday, August 23, 2021 at River Valley Christian Fellowship. Rev. Derick Miller will officiate the service. Interment will follow at St. Anne Township Cemetery in St. Anne. Memorials may be made to River Valley Christian Fellowship.

The family of David R. Boudreau created this Life Tributes page to make it easy to share your memories.