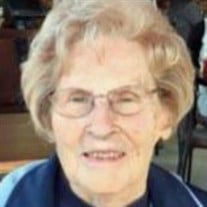 Esther Lois Donley, 83, of Kankakee passed away Monday. She was born March 16, 1937 in Bloomington, Illinois to Austin and Rosabelle Lindley. She married Donald Donley on June 8, 1957. They shared 63 years together. Surviving are her husband, daughter Kathy (Jim Wilkerson) of Albany, NY, her son Roger of Houston, TX, two granddaughters, Molly Wilkerson of Los Angeles, and Erin Wilkerson of Boston, five brothers, Russell of Glenview, her twin Lester (Letty) of Frankfort, Harold (Kay) of Morton, Robert (Jeanne) of Culcairn, New South Wales, Australia, Ray (Pearl) of Morris, one sister, Alice Determann of Wheeling, and one sister-in-law, Margaret Lindley of Chicago. She was preceded in death by her parents and three brothers Austin, Lyle and Kenneth Lindley. Esther and Don met at Southern Illinois University where she earned her Bachelor’s Degree in Education. As a lifelong learner, she earned a Master’s Degree in Reading and another Master’s in Library Science later in life. She took additional courses to qualify to teach high school English in Illinois. She taught in public schools in Missouri, Michigan, Indiana, and Illinois from the elementary level through high school English, with first and second grades being her favorites. From her beginnings in rural Illinois, she lived in Ghana, West Africa where she was connected to the Baptist Medical Centre in Nalerigu; and in Nairobi, Kenya where she was librarian and first grade teacher at the West Nairobi School; and in Entebbe, Uganda where she taught first grade with Wycliffe Associates. She also taught first grade in Saudi Arabia where her husband was connected to a hospital. An in-person, masked and socially-distanced worship service in celebration of her life will be held at the Manteno Church of the Nazarene at 10:00 on Friday, January 22, led by the Rev. Jack McCormick. The service will also be streamed over Zoom. Please contact a family member for the Zoom link. In lieu of flowers, the family requests memorial donations to the church. Arrangements by Clancy-Gernon-Hertz Funeral Home.

Esther Lois Donley, 83, of Kankakee passed away Monday. She was born March 16, 1937 in Bloomington, Illinois to Austin and Rosabelle Lindley. She married Donald Donley on June 8, 1957. They shared 63 years together. Surviving are her husband,... View Obituary & Service Information

The family of Esther Lois Donley created this Life Tributes page to make it easy to share your memories.

Esther Lois Donley, 83, of Kankakee passed away Monday. She was...