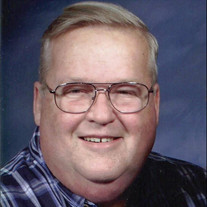 Floyd Peter Gooding, age 75, of Bradley passed away Saturday, December 11, 2021 at Carle Foundation Hospital in Urbana while returning home from a trip to New Orleans. He was born November 4, 1946 in Kankakee, the son of Floyd Latham & Margaret (Davis) Gooding. Pete married the former Mary O’Connor on July 24, 1981, in Kankakee. Pete retired from CSL Behring after 32 years of service. He was a member of the ICWU-UFCW Local 498C, where he was Financial Secretary for 6 years. He graduated from St. Patrick Grade School and was a 1964 graduate of Kankakee High School. Pete attended Illinois State University and received his bachelor’s degree from Governors State University in 1989. He was a former member of the Northern Illinois Anglers Association (NIAA), where he was chairman of the Fishing Derby for 4 years. He was a member and chairman of the raft race for the Kankakee Jaycees. He was a former Cubmaster of Pack 300. Pete was a member of St. Patrick Catholic Church in Kankakee. He enjoyed traveling to New Orleans, reading, fishing, woodworking, doing crossword puzzles, and watching Hallmark movies with his wife. He was an avid Chicago Bears and New Orleans Saints fan. Surviving are his wife of 40 years, Mary of Bradley; one son, Brian (Trina) Gooding of Bensenville; two daughters, Melissa (Reggie) Gilbert of Kankakee and Elizabeth Gooding of Bourbonnais; five grandchildren, Aidan, Taylor, and Ethan Gilbert, Alexis Saffer, and Draven Gooding; two brothers and sisters-in-law, Michael & Rena Gooding of San Jose, CA and Chris & Jackie Gooding of Henderson, NV; one sister and brother-in-law, Beth & Randy Bailey of Rainier, OR; one brother-in-law, Michael (Linda) O’Connor of Montgomery, AL; two sisters-in-law, Nora (Benny) Denault of Kankakee and Patricia O’Connor of Louisville, KY; one aunt, Mary Mercier of Carlock; close family friend, Ruth Byrns of Bradley; several nieces and nephews; and several great-nieces and great-nephews. Pete is preceded in death by his parents; one daughter, Susan Gooding; one brother and sister-in-law, Bill & Dorene Gooding; his father-in-law and mother-in-law, Bill & Berdell O’Connor; one brother-in-law, James O’Connor; and his best friend, William “Bill” Byrns. The family requests that anyone coming to the services to please wear a mask. Visitation will be held from 4-8 p.m. Thursday, December 16, 2021 at Clancy-Gernon-Hertz Funeral Home in Kankakee. A funeral Mass will be celebrated at 11 a.m. Friday, December 17, 2021 at St. Patrick Catholic Church in Kankakee. Interment will follow at Mound Grove Gardens of Memory in Kankakee. Memorials may be made to St. Patrick Catholic Church or to the family wishes.

Floyd Peter Gooding, age 75, of Bradley passed away Saturday, December 11, 2021 at Carle Foundation Hospital in Urbana while returning home from a trip to New Orleans. He was born November 4, 1946 in Kankakee, the son of Floyd Latham & Margaret... View Obituary & Service Information

The family of Floyd Peter Gooding created this Life Tributes page to make it easy to share your memories.