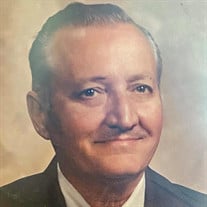 James “Jim” Coyle, age 96, of Kankakee, passed away Tuesday, April 6, 2021 at his home. Jim was born August 4, 1924 in Buffalo, NY, the son of Francis & Margarette Miller Coyle. He married Norma “Jean” Lang in Kankakee. She preceded him in death on November 10, 2012. Jim was a veteran of the U.S. Navy and U.S. Air Force, having served a combined 20 years. He served during WWII, the Korean War, and Vietnam. Jim retired from the U.S. Air Force as a Staff Sergeant. He was a lifetime member of the Kankakee American Legion, the Kankakee VFW, and the Bradley Moose Lodge. He was an avid fan of flea markets, garage sales, and auctions. Jim was the owner of the Nightingale Tavern and Broadway Foods & Liquor for many years. Surviving are two sons and one daughter-in-law, Richard & Jo Anne Coyle of Pembroke Pines, FL and Gordon “Dale” Coyle of Kankakee; three daughters and one son-in-law, Sharon Fennell of Bourbonnais, Pam Wilkens of Bourbonnais, and Jackie & Bobby Dean of Kankakee; his loving caretaker, Dianna "DD" Denault of Kankakee; 13 grandchildren; and many great-grandchildren. In addition to his wife, Jim is preceded in death by his parents; one grandson, Mark Fennell; one son-in-law, Floyd Wilkens; one sister, Sally Coyle; and his step-father, Richard Kreimeier. Visitation will be held from 9:00 a.m. until the 11:00 a.m. funeral service on Friday, April 16, 2021 at Clancy-Gernon-Hertz Funeral Home, Kankakee. Chaplain Marlin Ludwig will officiate the ceremony. Interment will follow at Mound Grove Gardens in Kankakee. Memorials may be made to the family wishes.

The family of James "Jim" Coyle created this Life Tributes page to make it easy to share your memories.