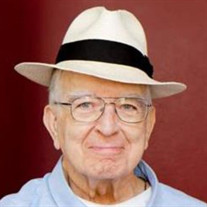 James B. Neville Jr., dear friend and longtime companion of Ronald Populorum; devoted son of the late James and Joanne Neville; fond brother of the late Mary Jo and John, uncle of Danny, Marty, Chris, Andy, Joanne, Tommy, Mary Lu, Patti and Kathy, Kristy, Kari, and Jimmy; great-uncle and great, great-uncle to countless nieces and nephews. Wake will be held on Monday from 10:00 a.m. to 10:45 a.m.; Bagpipe music and Eulogy at 10:45 a.m.; then mass will begin at 11:00 a.m. on Monday, July 12 at St. Anne Catholic Church, 230 N 6th Ave, St Anne, IL. Cremation private. Graveside Burial the next day at 11:00 a.m. on Tuesday, July 13 at St. Anne Catholic Cemetery in St. Anne, IL. In lieu of flowers, memorials to the St. Matthew Parish School, St. Matthew Church, 1555 Glen Ellen Road, Glendale Heights, IL 60139 or The Abbey of Gethsemani, 3642 Monks Rd, Trappist, KY 40051. For more info, contact Clancy Gernon Funeral Home at (815) 932-1214. Jim graduated from Saint Ignatius High School in 1954. He was a brother of the Trappist Monks at the Abbey of Gethsemani in Kentucky from 1954 to 1956. He was in the United States Marine Corps Reserve from 1956 to 1959. He attended DePaul University from 1957 to 1962 and majored in Organ. He worked at St. John Fisher Catholic School from 1962 to 1972 as a Music Teacher and Choir Director. While at St. John Fisher he directed the 80 member men’s and boy’s liturgical choir and was a member of Chicago’s Arch Diocesan Music Commission. When his brother John was married, he chartered a bus to Our Lady of Mount Carmel Church to bring his men’s choir to perform at the wedding ceremony. He later went to Nursing School and was certified as an LPN and then worked at Henroten Hospital in Chicago for a number of years. Jim got back into his music career at St. Matthew Church in Glendale Heights where he taught in the school and directed the music program from 1987 until 2007. In 2007, he moved to St. Anne, IL to be near his sister, Mary Jo as she battled cancer. He worked as the Musical Director at St. Anne Catholic Church from 2007 to 2009 with Father Jim Finale. He moved back to Glendale Heights in 2009 and was finally retired. He had more time to spend with his many nieces and nephews and their families and continued to enrich his life through music by playing at thousands of weddings and funerals for friends and family over the years. In 2016, he moved to Franciscan Court in West Chicago and became a member of the choir at Resurrection Church. He would occasionally go back to St. Matthew with some of his long-time friends and former choir members. He wondered in his final days, who would play at all the family gatherings. Well, he will always be playing in our hearts. His final performance was just 3 days before he died, he performed Ave Maria, Be Not Afraid, and Rickety Tickety Tin (a family favorite). Arrangements by Clancy-Gernon-Houk Funeral Home in St. Anne.

The family of James B. Neville Jr. created this Life Tributes page to make it easy to share your memories.