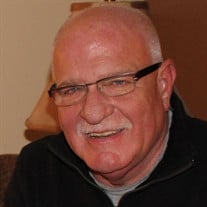 Jerry R. Birkey, 71, of Bourbonnais, formerly of Mt. Zion, IL, passed away on July 2, 2021, at Riverside Medical Center in Kankakee. Jerry was born on March 15, 1950, in Peoria; the son of Elmer and Mary Lou (Ritthaler) Birkey. Jerry married Sherry McKelvey on January 12, 1980, at Zion United Methodist Church in Pekin. Jerry was a devout Christian that loved his fellow man and God; he served in various positions at different churches over the years. He worked as the principal of Morrisonville High School for 5 years and then served as an administrator for Mt. Zion Junior High School for 21 years. He had a passion for mentoring his students and took over 2,000 students to Disney over his career: earning himself the nickname Mr. Disney from his students. During his career as an educator Jerry was very involved with the IESA for 17 years where he served on the board and was a former president. After retiring Jerry was elected to the Mt. Zion School Board. He was an avid Cubs fan, Notre Dame Football Fan, and longstanding proud fan of Olivet Nazarene University men’s basketball. Jerry enjoyed traveling, but most of all loved his family and lived to spoil his grandchildren. Jerry is survived by his loving wife of 41 years Sherry, his children: Stephanie (Lee) Reffey of Irving, TX, Zachary (Briley) BIrkey of Monee, IL, and Nick (Ashley) Birkey of Bourbonnais, IL, 5 grandchildren: Parker, Creighton, Maddon, Layla, and Scotlyn Birkey, his mother Mary Lou Birkey of Morton, IL, a brother Terry Birkey of Deer Creek, IL, as well as numerous nieces, nephews, cousins and a beloved uncle and aunt Bob and Dar Schimmelpfennig. Jerry was preceded in death by his father Elmer Birkey. Visitation for Jerry will be held on Tuesday, July 6, 2021, from 4-7 pm at River Valley Christian Fellowship 800 N 2000 E Rd. Bourbonnais IL, 60914. A funeral service will take place on Wednesday, July 7, 2021 at 11 am at River Valley Christian Fellowship. Jerry will be laid to rest at Groveland Evangelical Mennonite Cemetery in Groveland, IL on Wednesday, July 7, 2021 at 3 pm. Those who wish may leave memorials in Jerry’s name to Samaritan’s Purse or to the Alzheimer’s Association.

The family of Jerry R. Birkey created this Life Tributes page to make it easy to share your memories.