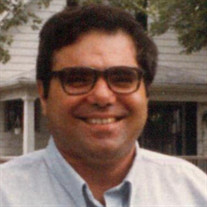 John M. Hilb, age 72, of Kankakee passed away Tuesday, January 18, 2022 at AMITA St. Mary’s Hospital in Kankakee. He was born October 31, 1949, the son of Horace & Jane (Guggenheim) Hilb. John married Pauline Vance on September 17, 1978 in Tahlequah, OK. John was a graduate of Northeastern State University in Tahlequah, OK. He had worked as a substitute teacher in various local schools and also as a speech pathologist. John enjoyed going on walks, reading, tutoring, and intellectual conversations. He was of the Baha’i faith. John was a veteran of the United States Army, having served during the Vietnam Conflict. Surviving are his wife of 43 years, Pauline Hilb of Kankakee; two sons, Jerry Fozzard of Kankakee and George & Cheryl Fozzard of Kankakee; five daughters, Sandy & Ron Lambert of Earlville, Marlene & Derek Brant of Kankakee, Cindy Fozzard of Wisconsin Dells, WI, Debbie Peters of Bourbonnais, and Carlis Willy of Tahlequah, OK; one sister-in-law, Francine Hilb of Louisville, KY; twenty six grandchildren; many great-grandchildren; and several great-great-grandchildren. John was preceded in death by his parents and one brother, Jeff Hilb. Visitation will be held from 9 a.m. until the time of the 10 a.m. funeral service on Tuesday, January 25, 2022 at Clancy-Gernon-Hertz Funeral Home in Kankakee. Burial will follow at Abraham Lincoln National Cemetery in Elwood. Memorials may be made to the family wishes.

The family of John M. Hilb created this Life Tributes page to make it easy to share your memories.