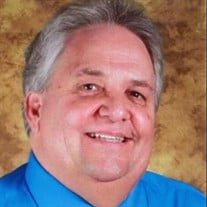 Joseph J. Delmore, age 65, of Bourbonnais, passed away Saturday, September 18, 2021 at his home. He was born December 25, 1955 in Rochester, MN, the son of James “JP” & Mary Kiffe Delmore. Joe married Amy Kirsch on September 16, 1983 at Maternity B.V.M. Catholic Church in Bourbonnais. Starting in 1984, Joe had been a loan officer for Kankakee Federal Savings & Loans. He later worked for First of America Bank, Homestar Bank, where he spent most of his career, and then finished his career at Peoples Bank, retiring in 2020. Joe had coached several of his son’s baseball teams and enjoyed working in his yard and spending time in his pool. He was an avid Chicago Bears and Chicago Cubs fan. He enjoyed spending time with his family at Lake City, MN. He enjoyed living life. Joe loved his beagles. He was an old friend to everyone he met. He was a parishioner of Maternity B.V.M. Catholic Church in Bourbonnais. Surviving are his wife, Amy Delmore of Bourbonnais; one son, Bobby & Kara Delmore of Chicago; one daughter, Katie Delmore of Bourbonnais; two sisters, Sue Delmore & Phil Billman of Rancho Murieta, CA and Jane Delmore-Pilotte & John Pilotte of Libertyville; and one brother, Dan & Darlene Delmore of Rancho Murieta, CA. Joe is preceded in death by his parents and one brother, Mike Delmore. Visitation will be held 4:00 p.m. – 8:00 p.m. on Wednesday, September 22, 2021 at Clancy-Gernon Funeral Home in Bourbonnais. Funeral Mass will be celebrated at 11:00 a.m. on Thursday, September 23, 2021 at Maternity B.V.M. Catholic Church in Bourbonnais. The family has requested that everyone please wear a face mask and practice social distancing guidelines at the visitation and the funeral Mass. Cremation rites will be accorded following the funeral Mass. Private inurnment will be held at Maternity B.V.M. Catholic Cemetery in Bourbonnais. In lieu of flowers, donations can be made to the family to set up a memorial in Joe's name.

The family of Joseph J. Delmore created this Life Tributes page to make it easy to share your memories.