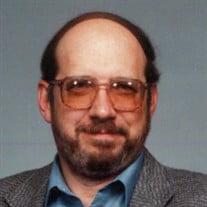 Roger P. Griffith, age 79, of Bourbonnais passed away Saturday, October 30, 2021 at Momence Meadows Nursing Home. He was born October 1, 1942 in Creston, IA, the son of Paul & Thelma (Humphrey) Griffith. Roger married Patricia Duncan in November 1984 in Bourbonnais. He was once a brilliant man; sensitive and caring husband, father, brother, grandfather and friend. He was a graduate of North High school in Des Moines, Iowa, class of 1960 and Olivet Nazarene College, class of 1965 (now University). He spent his life working as a social worker for the State of Illinois. His passion for books and writing consumed him. He wrote many reviews for Chicago area newspapers, wrote probably as much as he read and led book discussion groups. He loved Chicago and Chicago sports, especially baseball and basketball. He loved to discuss politics and policy. Roger had a devout faith in God and knew he would be ready to die when God was ready for him. Surviving are his wife, Patricia Griffith of Bradley; two sons, Gryphan Douglas (Jay) Lott of Des Moines, IA and James Aron (Laurie) Blake of Des Moines, IA; one daughter, Rev. Lisa J. (Susan) Griffith Tierney of Des Moines, IA; stepson, James (Felicia) LaBarge of Bradley; two stepdaughters, Beth (Mark) Buonomo of Kankakee and Lynda (Mark) Davis of Bourbonnais; thirteen grandchildren; 11 great-grandchildren; one brother, Roland (Connie) Griffith of Prairie Village, KS; former wife, Diana Griffith of Des Moines, IA; and several nieces and nephews. Roger is preceded in death by his parents. Visitation will be held from 5-8 p.m. Thursday, November 4, 2021 at Clancy-Gernon Funeral Home in Bourbonnais. A funeral mass will be held at 11 a.m. Friday, November 5, 2021 at Maternity B.V.M. Catholic Church in Bourbonnais. Interment will follow at Maternity B.V.M. Cemetery in Bourbonnais. Memorials may be made to the Kankakee Public Library or Uplifted Care Hospice

The family of Roger P. Griffith created this Life Tributes page to make it easy to share your memories.