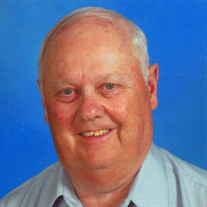 Roger W. West, age 80, of Bonfield, passed away on April 9, 2022 at home. He was born March 27, 1942 in Kankakee. He was the son of Clarence and LaVanche West. Roger married Rita Bowers on January 19, 1963. She survives. Roger was a barber and a painter. He retired from Kankakee Community College in 2004. Roger was a parishioner at St. John Paul II. Surviving are his wife, Rita; son, Richard (Sheri) West of Lawrenceburg, TN; two daughters, Tammy (Craig) Anderson and Sherry (Scott) Kurtz, all of Bonfield; seven grandchildren, Nicole, Austin, Montana, Whitney, Tyler, Colton, and Amber; six great-grandchildren, Giada, Luca, India, Thatcher, Elliot, and Lincoln; two sisters, Shirley Ferris and Cheryl (Dino) Helopoulos; two brothers-in-law, Robert Bowers and Ken Bowers; and one sister-in-law, Marilyn Gorun. He was preceded in death by his parents; one brother, Robert West; two brothers-in-law, Duane Ferris and Joel Gorun; and two sisters-in-law, Pat Moore and Diana Bowers. There will be no visitation. The service will be private. Memorials may be made to Uplifted Care (Hospice) or the Bonfield Fire Department.

The family of Roger W. West created this Life Tributes page to make it easy to share your memories.