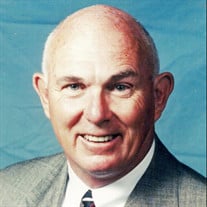 Ronald L. Moline, age 83, of Loda, formerly of Kankakee, passed away Thursday, September 23, 2021 at his home. He was born December 2, 1937 in Chicago, the son of Leslie & Eleanor (Moreland) Moline. He was a 1961 graduate of the University of Illinois where he received his Bachelor of Architecture. Ronald worked for Moline Architecture Group and Spectrum Architecture Group, retiring in 1999. He was an Architect and developer for several properties and retirement homes in the area, such as, East Court Village, Winchester Manor, Hickory Hills Senior Living, Braidwood Senior Housing, among others. Ronald co-owned the Frank Lloyd Wright Bradley House and started the original restoration of the home. Ronald served as regional director of the National Council of Architectural Registration Boards (NCARB) and helped write the exams for Architects to become Board Certified in the United States. He also served as president of the Kankakee Lions Club and on the board of directors of the National Architectural Accrediting Boards (NAAB). Ronald had received numerous awards and honors including being conferred an AIA Fellowship, a Gold Medal Distinguished Achievement Award from the Illinois Council AIA. Surviving are two daughters and one son-in-law, Laura & Ken Heidrich of Manhattan and Olivia L. Moline of Champaign; and ten grandchildren, Eric (Linda) Heidrich, Adam (Jill) Heidrich, Evan (Lindsay) Heidrich, Megan (Ray) Marko, Nicholas Moline, Ashley (Daniel) O’Hare, Sarah (Doug) Torbeck, Robert Lloyd, Kristina (Greg) Sharpe, and Martin Russow. Ronald is preceded in death by his parents; three sons, Mark D. Moline, Gregory T. Moline, and Scott M. Moline; his twin brother, Donald Moline; and one sister, Marjorie Bessey. Cremation rites have been accorded. A memorial visitation will be held from 4-7 p.m. Friday, October 8, 2021 at Clancy-Gernon Funeral Home in Bourbonnais. Memorials may be made to the Alzheimer’s Association.

Ronald L. Moline, age 83, of Loda, formerly of Kankakee, passed away Thursday, September 23, 2021 at his home. He was born December 2, 1937 in Chicago, the son of Leslie & Eleanor (Moreland) Moline. He was a 1961 graduate of the University of... View Obituary & Service Information

The family of Ronald L. Moline created this Life Tributes page to make it easy to share your memories.