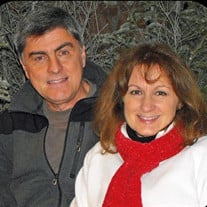 Cathy Hall Natschke, age 68, of Bourbonnais passed away Friday, March 20, 2020 at her home. She was born April 15, 1951 in Kankakee, the daughter of Wayne & Venita (VadeBoncoeur) Hall. Cathy had been a retail clerk for nearly 20 years. She was a 1969 graduate of Eastridge High School in Kankakee. She was an avid bird watcher and took part in the CBC bird count. She also tracked migrating birds that passed through the area. Cathy enjoyed writing poetry, biking at the Kankakee River State Park, and walking the trails at Perry Farm. She was a wonderful grandmother and enjoyed nurturing the entire family. Scott L. Natschke, age 71, of Bourbonnais, passed away Saturday, April 16, 2022 at his home. He was born May 14, 1950 in Kankakee, the son of Eldred & Eunice Pilotte Natschke. Scott was a 1968 graduate of Bishop McNamara High School in Kankakee and attended Kankakee Community College. He worked as a mechanical engineer for the Wabtec/Cardwell Westinghouse Corporation in Chicago for 43 years, retiring in 2016. Scott was a drummer. He was an avid Chicago sports fan. He took pride in taking care of his family. Cathy and Scott were married on July 24, 1971 at St. Teresa Catholic Church in Kankakee. They were both music lovers. They enjoyed being with their grandchildren and attending their events. Most of all, Cathy and Scott loved being together. Surviving are one son and daughter-in-law, Grant & Jennifer Natschke of Savoy; Cathy’s mother, Venita Hall of Bradley; two grandchildren, Landon and Avery; Cathy’s sister, Patti Hall of Kankakee; and Scott’s brothers, Gary Natschke of Carefree, AZ and Kim Natschke of Kankakee. Cathy is preceded in death by her father and one brother, Bill Hall. Scott is preceded in death by his parents. In lieu of flowers, memorials to the family wishes. A memorial visitation will be held from 4:00 p.m. until the 7:00 p.m. memorial service on Friday, April 22, 2022 at Clancy-Gernon Funeral Home in Bourbonnais. Private family inurnment will be held at All Saints Cemetery in Bourbonnais.

Cathy Hall Natschke, age 68, of Bourbonnais passed away Friday, March 20, 2020 at her home. She was born April 15, 1951 in Kankakee, the daughter of Wayne & Venita (VadeBoncoeur) Hall. Cathy had been a retail clerk for nearly 20 years. She was... View Obituary & Service Information

The family of Cathy and Scott Natschke created this Life Tributes page to make it easy to share your memories.