We have years of experience caring for families, from all walks of life. Each family comes to us because they know we are leaders in our profession, dedicated to excellence in service, and have the highest integrity.

When we sit down with a family, we have just one goal: to create a fitting, memorable and affordable service for their loved one. Together, we explore the wide variety of services and products available, as well as a wealth of creative ideas and suggestions.

Together, we'll design a memorial or funeral service that suits their needs now, and in the future. Families who come to us know that years from now, they will have deep peace-of-mind because in coming to us, they've done their best to honor their loved one. 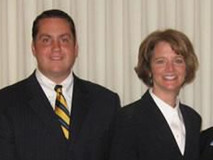 Although the names and faces of the staff may have changed over the last 89 years, the dedication and quality service at Clancy-Gernon Funeral Homes has remained consistent throughout.

In 1915, Thomas Morgan began his funeral business and was joined in 1928 by Michael “Bud” Clancy. Their business was located just south of the Kankakee Court House on the corner of Merchant and Harrison Streets in Kankakee. Together these two men were highly respected leaders in their profession. 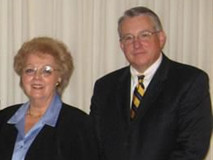 In 1955, Richard “Dick” Clancy joined his father, Bud, in the family business. Bud and Dick Clancy saw their business grow and in 1963 they built the location at 1151 E. Court St. in Kankakee. In January 1972, tragedy struck the Clancy family with the sudden death of Dick Clancy, followed by the death of his father, Bud, five months later. The business was then operated by Bud’s wife, Catherine, who was also a licensed funeral director. Tim Gernon joined his Aunt Catherine in 1972 and together they managed the business. 1986 marked the opening of the new Clancy Funeral Home in Bourbonnais. A mere two years later, Catherine Clancy passed away. That same year, they acquired Sexton Funeral Home in Manteno and Houk Funeral Home in St. Anne. Patty Clancy, Dick’s daughter, joined her cousin Tim in the family business in 1990. 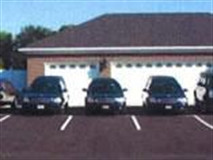 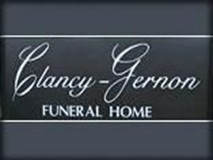 Clancy-Gernon Funeral Homes continue to offer sincere and compassionate funeral service at affordable prices. These services include a wide range of funeral packages, cremation options, and pre-arrangement plans. At Clancy-Gernon Funeral Homes you will ALWAYS meet with a licensed funeral director whether you need their services immediately or are planning for the future. The diverse and experienced staff enables them to provide the premier funeral service for your family. They offer unique personalization of services, 24 hours/day availability, the only on-site crematory in Kankakee County, and many other resources to best serve families in the community. Clancy-Gernon Funeral Homes continue to honor the tradition of generations past and respect the changes of the future.

City of Residence: Kankakee, IL
School: Graduate of Bishop McNamara Catholic High School in 1998
BBA degree in Marketing from The University of Iowa in 2002
Graduate of Worsham College of Mortuary Science in 2003

Personal Information: Member of Knights of Columbus. Lives in Kankakee will his wife, Jill, and his dogs, Buddy and Ozzie. Member of the Kankakee Country Club, The Hundred Club, and the Kankakee Valley Boat Club.

Personal Information: Born and raised in Deselm (Manteno) area and lifelong resident of Kankakee County. Joe is married to Janet.

Personal Information: Lives in Bourbonnais with her husband, Iggy, and their two dogs

Personal Information: Lifelong resident of Kankakee. She and her husband, David, have three children, Paige, Emily, and Nicholas. Parishioner of St. Patrick Catholic Church in Kankakee, where she serves as a Eucharistic Minister. Treasurer for Pack 324 Cub Scouts. First time walker and fundraiser for the Avon Walk for Breast Cancer for the Avon 39 in 2017.

Director of Housekeeping and Hairdresser

City of Residence: St. Anne, IL
School: Graduate of BBCHS in 1981
Cosmetology license from Paul Mitchell the School in 2014

Personal Information: Member of St. Anne Catholic Church, St. Anne, IL where she is Eucharistic Minister. She has 3 children and a grandson.

Personal Information: Retired as an Illinois State Trooper after 28 years. He and his wife, Kim, reside in Manteno and have two children, Amanda and Andrew.