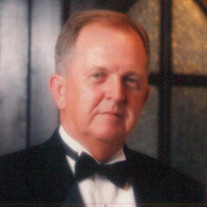 Jack L. Gorham, age 80, of Bourbonnais, passed away Tuesday, August 17, 2021 at Riverside Medical Center in Kankakee. He was born September 24, 1940 in Kewanee, the son of Charles & Betty Thurman Gorham. He married Renee Sartwell on June 5, 1964 in Savanna. He was a teacher and a coach at Savanna High School, Bradley-Bourbonnais High School, and Dwight D. Eisenhower in Blue Island. He was also the IT Coordinator at Dwight D. Eisenhower in Blue Island. He was an avid golfer since the age of 12. Jack enjoyed gardening, and he loved spending time with his family, especially his children and grandchildren. He was of the Christian faith. He graduated from Western Illinois University. Surviving are his wife, Renee Gorham of Bourbonnais; one son, John Gorham of Loves Park; two daughters, Kristin Gorham of Manteno and Kelly (Sean) McCloy of Appleton, WI; two grandchildren, Kate McCloy and Eryn McCloy; one sister, Patricia Gorham of Chicago; two sisters-in-law, Joyce (Joe) Garcia and Rebecca Hall. Jack is preceded in death by his parents; and one sister and brother-in-law, Sandra and Jim Smith. Cremation rites have been accorded. A memorial visitation will be held from 11:00 a.m. until the 1:00 p.m. memorial service on Tuesday, August 24, 2021 at Clancy-Gernon Funeral Home, Bourbonnais. Rev. Scott Henley will officiate. Private family inurnment will follow at All Saints Cemetery in Bourbonnais. In lieu of flowers, memorials may be made to the Manteno Golf Course or the Manteno Library.

The family of Jack L. Gorham created this Life Tributes page to make it easy to share your memories.