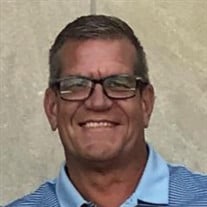 Dr. Joseph Arthur Wertz, age 58, of Kankakee passed away peacefully Wednesday, July 14, 2021 at the University of Chicago Hospital. He was born July 18, 1962 in Kankakee, the son of the late Dr. Robert Arthur & Eleanor Jo (Hensley) Wertz. Dr. Wertz was a community dentist for 31 years. He combined quality of care, a caring atmosphere, and a pleasant, professional, treasured long time work family. He deeply loved his family and friends and had a passion for helping his patients in the community. He graduated from Bishop McNamara Catholic High School and received degrees from SMU and Loyola University. He was a longtime member of the Kankakee Country Club. He was an avid golfer and was a two-time champion of the Rollison Tournament at the Kankakee Country Club. He was a lover of nature, and a sports enthusiast. Joe was a three-time past president of the Kankakee Dental Society and was also past president for the Rotary Club, and Salvation Army. He was also a past board member of the Bourbonnais Chamber of Commerce. He was a parishioner of St. Patrick Catholic Church in Kankakee. Surviving are his daughter, Faith Wertz and her mother, Sheree Wertz; his partner, Deia Beckman; one sister and brother-in-law, Carrie Wertz Sloan & Stephen D. Sloan and their children, Brian (Erica), Stevie, and Catherine; two brothers and one sister-in-law, Stephen Wertz and Dr. David & Hope Wertz and their children, Abby and Ivy; one sister-in-law, Kate Wertz and her son, Patrick & Jacque and their two sons, Kaiden and Cannon; his work family, Kathy Sievers, Deia Beckman, Jenna McCabe, Kera Halpin and Caryn Miller; and he was a mentor to Andy Pham. Joe was preceded in death by his parents; his brother, Bob; his sister, Martha; and his grandparents. Visitation will be held from 4-8 p.m. Wednesday, July 21, 2021 at Clancy-Gernon Funeral Home in Bourbonnais. A funeral Mass will be celebrated at 10 a.m. Thursday, July 22, 2021 at St. Patrick Catholic Church in Kankakee. Burial will follow at All Saints Cemetery in Bourbonnais. Memorials may be made to the Polycystic Kidney Disease (PKD) Foundation or the Salvation Army.

The family of Dr. Joseph A. Wertz created this Life Tributes page to make it easy to share your memories.