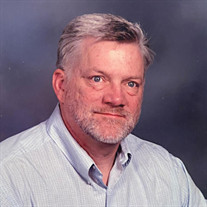 Kim F. DeYoung, age 67, of Wichert, passed away Friday, January 7, 2022 at his home. He was born June 3, 1954 in Kankakee, the son of Ted & Marilyn Gates DeYoung. He married Deborah Evanson on April 4, 1981 at Aroma Park United Methodist Church. He was a retired truck driver. Kim enjoyed watching the Chicago Cubs, the Chicago Bears, and NASCAR. He liked showing horses, horseback trail riding, and camping. He was a former member of the KWI Saddle Club and a former member of the Aroma Park 4-H Club. He loved all animals. Most of all, he loved spending time with his family, especially his grandchildren. Kim was a veteran of the U.S. Army. He was a member of the First Reformed Church of Wichert. Surviving are his wife, Deborah DeYoung of Wichert; his mother, Marilyn DeYoung of Kankakee; one son, Donnie & Angie Harms of Tega Cay, SC; one daughter, Julie & John Thompson of Grant Park; one brother, Barry & Laura DeYoung of Bourbonnais; eight grandchildren, Dain Harms, Cooper Harms, Macguire Harms, Piercen Harms, Jancyn Harms, Cole Thompson, Alexis Thompson, and Taggart Thompson; and nieces and nephews, Jennifer Rolley, Matthew DeYoung, and Kaitlyn DeYoung. Kim is preceded in death by his father. Visitation will be held 4:00 p.m. – 7:00 p.m. on Wednesday, January 12, 2022 at Clancy-Gernon-Houk Funeral Home in St. Anne. An additional visitation will be held from 10:00 a.m. until the 11:00 a.m. funeral service on Thursday, January 13, 2022 at First Reformed Church of Wichert. Pastor Randy Knoll will officiate the service. Cremation will be accorded following the services. Memorials may be made to the family wishes.

The family of Kim F. DeYoung created this Life Tributes page to make it easy to share your memories.