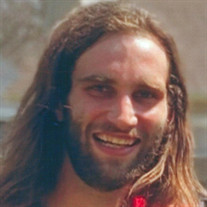 Matthew Stirling “Matt” MattChoo” “Matty” Brown, age 31, of Beaverville passed away Sunday, October 3, 2021 at his home. He was born February 15, 1990 in Spokane, WA, the son of Michael & Rhonda (Brown) Brown. Matt worked at the Papineau Meat Locker. On hot days, he would make beds of hay and tarps for shade for the cows waiting to be processed. His kind heart knew no bounds. Matt was his happiest when he was outdoors fishing and golfing. He smiled with his whole heart when he was with his nieces and nephews. Surviving are his mother, Rhonda Emerson of Beaverville; his father, Michael (Amanda) Brown of Oak Forest; two sisters, Julie (Larry) Arquilla of Naperville and Sara (Antwan) Moore of Bourbonnais; one brother, Logan (Amy) Brown of Darien; paternal step-grandparents, Tom & Donna Circks; paternal grandmother, Jacque Brown; many nieces, nephews, aunts, uncles, and cousins, who all adored him; and his beloved cat, Cat. Matt was preceded in death by his brother, Tristan Emerson; maternal grandparents, Iraena & Roger Brown; paternal grandfather, Jewel Brown; and stepfather, Mike Emerson. Cremation rites have been accorded. A Celebration of Life will be held from 3- 6 p.m. on Saturday, October 16, 2021 at St. Mary’s Catholic Church Parish Hall in Beaverville. Memorials may be made to the family wishes. Arrangements by Clancy-Gernon-Houk Funeral Home in St. Anne.

The family of Matthew S. Brown created this Life Tributes page to make it easy to share your memories.