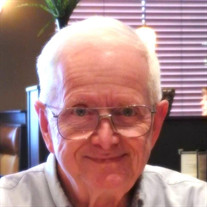 Scott L. Seaton Sr., age 86, of Kankakee passed away Saturday, March 26, 2022 at his home. He was born April 1, 1935 in Chicago, the son of Charles & Flora (Koplinski) Seaton. Scott had been married to Beverly Lambert. He married Jeanette Pate Hill on October 9, 1981 in Kankakee. Scott had been a licensed Architect for over 60 years, a profession he dreamed of since 6th grade. He was a graduate of the University of Illinois. He designed countless residential, multi-family, commercial, church and industrial properties in Illinois, Indiana and many other states. He possessed a creative, visionary and dreamers mind but sadly, many of his designs will remain a dream and will never come to fruition. He was known for sketching random design ideas in the moment on a napkin. He was a member of the Eastern Illinois Chapter of the American Institute of Architects where he received multiple awards for designs and served as past president. In 1998, a local home was featured in a Building Ideas Special edition of Better Homes and Gardens magazine. In the 1990’s he designed a Christmas ornament which was selected to hang on the White House Blue Room Christmas tree. Scott volunteered his time to design sets for many Bishop McNamara High School Madcaps fundraisers. Scott was also a volunteer at Shapiro Developmental Center Chapel as a lector for mass and later where he and his wife were named 2010 Couple Volunteers of the Year by the Illinois Department of Human Services. He enjoyed gardening, cooking, model train building, watching the Chicago Bears, Chicago Cubs, and in earlier years was a Boy Scout leader. He was a parishioner of St. John Paul II Catholic Church in Kankakee. Surviving are his wife of 40 years, Jeanette Seaton of Kankakee; five sons, Scott L. Jr. & Mary Seaton of Bourbonnais, Michael J. & Judy Seaton of Indianapolis, IN, Mark W. & Robin Seaton of Avon, IN, Patrick D. Seaton of Toluca, Mexico, and Christopher M. & Kathy Seaton of Indianapolis, IN; three daughters, Susan M. & Mark Whipple of Streamwood, Kathryn A. & Jeff Dummer of Kankakee, and Sandra J. & Marc Costanza of Aroma Park; one sister, Karen & Richard Steininger of Elk Grove Village; twenty one grandchildren; seven great-grandchildren; and several nieces and nephews. One special individual, Willie L. Riley, who was brought into the family with love. Scott was preceded in death by his parents and Willie. Visitation will be held from 3-6 p.m. on Friday, April 8, 2022 at Clancy-Gernon-Hertz Funeral Home, 1480 W. Court St. in Kankakee. A funeral Mass will be celebrated at 11:00 a.m. on Saturday, April 9, 2022 at St. John Paul II, 907 S. 9th Ave., Kankakee. Rev. Matt Pratscher will celebrate the Mass. Cremation rites will be accorded following the Mass. Memorials may be made to the family wishes or Good Shepherd Manor.

Scott L. Seaton Sr., age 86, of Kankakee passed away Saturday, March 26, 2022 at his home. He was born April 1, 1935 in Chicago, the son of Charles & Flora (Koplinski) Seaton. Scott had been married to Beverly Lambert. He married Jeanette Pate... View Obituary & Service Information

The family of Scott L Seaton Sr. created this Life Tributes page to make it easy to share your memories.