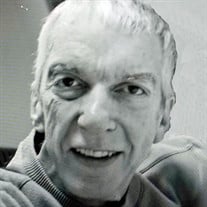 Stephen Paul Schmidt, 67, passed away January 1st, 2021 at his home after a long illness. Born on March 16th, 1953 to John and Beryl Schmidt, Steve grew up in Aroma Park as one of ten children. A 1971 graduate of Bishop McNamara High School, he matriculated to the University of Illinois at Urbana-Champaign (by way of Kankakee Community College), where he graduated with a bachelor’s degree in Accounting in 1975. Though he liked to joke that he only majored in Accounting because those were the first classes in the course catalog, it was clear from the jump that this was what he was meant to do. He began working as a CPA at a local firm, Topping, Gianotti and Payne (now Groskreutz, Abraham, Eshleman and Gerretse), where, during his 30-plus year career, he would eventually become a managing partner. He was an active member of numerous professional (Illinois CPA Society and the AICPA) and civic organizations (Rotary Club and the Jaycees) where he held leadership roles. His strong ethical beliefs and desire to give back to the community in any way he could -- from coaching sports at the YMCA and Little League baseball to being an active PTO member and Bishop McNamara school board member -- eventually led him to serve on the Kankakee School District #111 school board as both member and president from 1993 to 2001. Steve married the love of his life, Cassandra (Coffman), on October 30th, 1976 and the pair stood by each other's side through 44 years of marriage. Steve is survived by Cassandra and their two children, Paul, and Carrie Leflar (James); his mother-in-law Ivy Coffman; his nine brothers and sisters Judy Ponton, Janet Hanson, Sue Harpin (Ron), Donna Schmidt, Dennis Schmidt (Margaret), Mary Prairie (Brian), David Schmidt (Jeanne), Randy Schmidt (Jane) and Cathy Betourne (Scott); four grandchildren (Eli, Ellie, Ewan and Ivy); and 16 nieces and nephews. He was preceded in death by his parents John and Beryl. A memorial visitation will be held from 11 a.m. until the time of the 1 p.m. memorial service on Tuesday, June 1, 2021 at Clancy-Gernon Funeral Home in Bourbonnais. The Schmidt family requests that everyone wear a mask and follow social distancing guidelines for the services. Inurnment will follow at All Saints Cemetery in Bourbonnais. In lieu of flowers, the family requests that donations be made in Steve's name to support the Parkinson Disease Research Fund at Rush University Medical Center. Please send memorial gifts to Rush University Medical Center, 1201 W. Harrison St., Ste. 300, Chicago, IL 60607-3319 or visit http://rush.convio.net/SSchmidt. May we meet again, in the clearing, at the end of the path. Arrangements by Clancy-Gernon-Hertz Funeral Home in Kankakee. The funeral service will be livestreamed. Please use this link to view: https://youtu.be/yvJn4W3YFPw

Stephen Paul Schmidt, 67, passed away January 1st, 2021 at his home after a long illness. Born on March 16th, 1953 to John and Beryl Schmidt, Steve grew up in Aroma Park as one of ten children. A 1971 graduate of Bishop McNamara High School,... View Obituary & Service Information

The family of Stephen Paul Schmidt created this Life Tributes page to make it easy to share your memories.