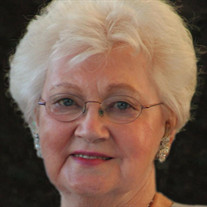 Verla Schuldt Reutter, age 97, passed away on August 1, 2021 at Riverside Medical Center. Verla Ruth Munsterman was born on the family farm in rural Onarga, IL on April 22, 1924. She was the youngest child of Henry and Clara (Brutlag) Munsterman. Verla married Gilbert C. Schuldt on December 21, 1947. They resided in Kankakee. He preceded her in death on June 6, 1982. She married Virgil E. Reutter on January 31, 1986. They resided in Tucson, AZ. He preceded her in death on November 26, 2002. In 2003 she returned to the Kankakee area. Also preceding her in death were her parents, sister Burnette Bremer King, and brothers Orval Munsterman and Donald Munsterman. Verla was primarily a homemaker. She enjoyed sewing, cooking, baking, and collecting antiques. Most of all, she cherished the time spent with her family and friends. Verla was an active member of St. Paul’s Lutheran Church in Kankakee and Bourbonnais. She taught Sunday school, sang in the choir, was a member of LWML, and helped with funeral luncheons. Surviving are two daughters: Debra (Kim) Weerts of Herscher and Connie (Mark) Van Lauwe of Davenport, IA. Also surviving are four grandchildren: Jacob (Theresa) Weerts, Jennifer (Joshua) Weerts Eastlund, Aaron Van Lauwe, and Brianne (Jason) Erb. In addition, she was blessed with five great-grandchildren, Benjamin, Abigail and Daniel Weerts, Molly and Katelyn Erb. The family wishes to thank the staff at Butterfield Assisted Living, Miller Rehab, and Riverside Medical Center for their wonderful care. A special thanks as well to Uplifted Care for being with her every step of the way and providing support for us as well. Visitation will be from 9:00 a.m. on Friday, August 6, until the 10:30 a.m. funeral service at St. Paul’s Lutheran Church, 348 E. Merchant St., Kankakee, with the Rev. Karl Koeppen officiating. Burial will follow at Memorial Gardens in Kankakee. Memorials may be made to St. Paul’s Lutheran Church, 1780 Career Center Road, Bourbonnais, IL 60914 or Uplifted Care Hospice, 482 Main St NW, Bourbonnais, IL 60914.

Verla Schuldt Reutter, age 97, passed away on August 1, 2021 at Riverside Medical Center. Verla Ruth Munsterman was born on the family farm in rural Onarga, IL on April 22, 1924. She was the youngest child of Henry and Clara (Brutlag) Munsterman. Verla... View Obituary & Service Information

The family of Verla Schuldt Reutter created this Life Tributes page to make it easy to share your memories.